A devoted and stalwart in Ayurveda, Hon. Shastriji took inspiration with divine influence from Lokmanya Bal Gangadhar Tilak who proposed a thoughtful consideration that there should be well standardization and uniformity in Ayurvedic courses all over india.

In that British era there were about 140 different Ayurvedic courses at various places and controlled by many faculties and boards. The British regime was not in favour of Ayurvedic courses.

Now we are proud to say that presently our institute is recognised and conducting a permanently established B.A.M.S. (Ayurvedacharya course) governed by AYUSH and C.C.I.M., New Delhi, a central legal authority enacted by our noble Parliament in 1972 which set-up minimum standard requirements. This college is affiliated to Maharashtra University of Health Science (MUHS), Nashik, since year 1999 and before that with the Pune University.

Our institute is a Grant- in- Aid college. The Director of Ayurved of Government of Maharashtra giving us 100% grant on salary by which we are economically well settled.

This institute is a charitable institute and registered with Charity Commissioner, Maharashtra State, by registration No.F-2.


Gune Ayurved College committed to the highest level of education and treatment in the Ayurvedic system of medicine.

Although allopathic system of medicine has proved beneficial in the treatment of many disorders especially in the field of surgery Yet it is ineffective in the treatment of many diseases like jaundice, abdomen diseases, hyperacidity, peptic ulcer, colitis, sprue, gynecological disease like leucorrhoea ,dysmenorrhea, sterility sexual disorder ,impotency ,premature ejaculation less no. of sperms etc. Whereas ayurveda has undoubtedly proved successful role in these area and has played a miracle role in these diseases.

A stress is given on the following

The main aim is to create Bachelors in the field of Ayurvedic , so that they can work as competent ayurvedic medical practitioners.

Research work pertaining to Ayurvedic medicine of international repute and general welfare of the people.

To impart knowledge to the students regarding medicine and surgical facilities for the benefit of patients.

To be a center of excellence for erudition of Ayurvedic , and to sculpture skillful and knowledgeable physicians and to achieve holistic health in the community.

To spread the technical know-how regarding plantation of medicinal and aromatic plants in qualitative approach.

To impart a comprehensive training in enforcement practices as well as laboratory works to the students.

To provide awareness, basic knowledge and skill in the field of Ayurved. 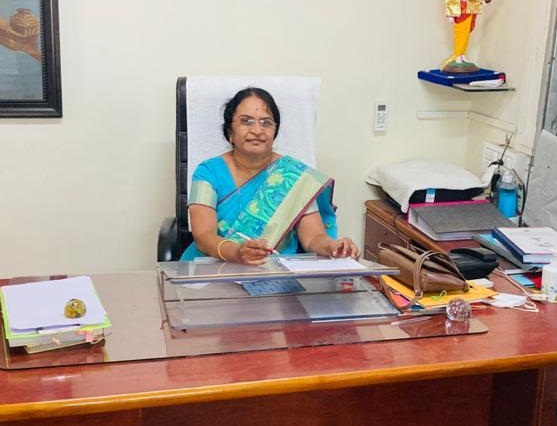 G. S. Gune Ayurved College is established in 1917. The college of Ayurved has steadily progress towards creating an outstanding position for itself. Our focus is to inculcate Ayurvedic graduates with theoretical, Practical & clinical knowledge to serve humanity. We believe that imparting knowledge to the students is a process of giving them the skills, professionalism, vision and wisdom for their overall developments, apart from giving the lesions.

We have a team of skilled, experienced & dedicated professors, administrative and non – teaching staff who are committed to achieve excellence in the every activities of the institute. We promote and support the participation of our faculty as well as the students in various seminars and the events organized for development of Ayurved. As the Principal of this institute I feel that my students, not only be good students and successful professionals but also they become good human being.

College was established with the intention to serve Ayurveda with its full dedication to create professionals in the field of Ayurveda who could lead this science towards its greatness and dignity. I hope that in the times to come we all of us would be together in the mission of making our college a great institute for development of Ayurved.

Highly qualified, experienced and enthusiastic staff is the backbone of this institute. This is possible only due to the unconditional support of the management Hon. Arun Jagtap, Chairman Ayurved Shastra Seva Mandal, that makes the uphill task of running the institutions smoothly seen simple. I am sure that with their support this college will carve a niche in Ayurvedic field for itself at the national & global level.

Ayurved the science of life has been stated to be remembered by Lord Brahma and has descended to the earth through Sages for the achievement of the four purusharthas such as Dharma, Artha, Kama & Moksha. The sages who had brought this science called Ayurveda from the Indralokha have taught not only the ways and means for a healthy life but also have made their best efforts in curing the ailments through herbs.

Students are imparted the insight of the principles of Ayurveda through highly qualified post graduate faculty and these students are the torch bearers in the spread of this medical system throughout the country in a very positive way.

G. S. Gune Ayurved College committed to the highest level of education and treatment in the Ayurvedic system of medicine.

WHAT OUR STUDENTS SAY...

I would like to express my deepest gratitude towards my college and all my respected teacher's who build up me in all-over 360°. College not only develop me educationally but always help me to become a responsible INDIAN citizen.

I would like to express my deepest gratitude towards my college and all my respected teacher's who build up me in all-over 360°. College not only develop me educationally but always help me to become a responsible INDIAN citizen.